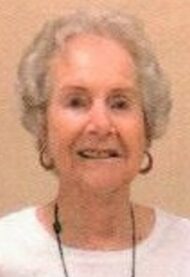 Joan Marie Dyer, age 90, passed away at Legend of Lititz on August 28, 2022 after a brief illness. Joan was born in Brooklyn, NY on February 10, 1932. She was the daughter of the late Thomas and Alice Cummings Lynch.

She moved to Utica, New York at the age of 20 and worked as a Secretary at General Electric where she met her husband of 67 years, William A. Dyer. They were married on November 21, 1953 at St. John the Evangelist Church in New Hartford, NY where they were devoted parishioners until 2018 when they moved to Lititz, PA to be closer to family. William passed away on November 21, 2020.

Joan was a stay-at-home Mom who enjoyed her flower gardens and antiquing with her husband Bill.

The family would like to thank the staff members of Grane Hospice and also the staff and healthcare workers at Legend of Lititz.

There will be a Private service at St. James Catholic Church in Lititz and she will be interred at Mount Olivet Cemetery in Whitesboro, NY at a later date.

In lieu of flowers, donations may be made to St. Jude Children’s Hospital.

Dan,
Just saw your mom’s obituary.  Sorry to hear.  She was always a nice lady and remember her during our elementary years.  Hope you are doing well and think of our old classmates often.
Julie Lorraine Dwyer