Over 75 years of serving our neighbors in Lancaster County.

The history of the Charles F. Snyder Funeral Home and Crematory.

The original Charles F. Snyder Funeral Home, located at 414 East King Street in downtown Lancaster, was opened in 1947 by its founder Charles F. Snyder. Our downtown funeral home is as active and vibrant as ever, as we continue to host funerals and memorial services for our Lancaster neighbors in a beautiful Georgian-style funeral home. 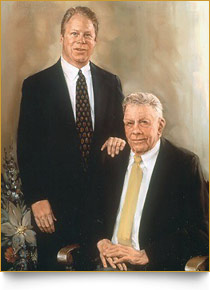 In 1975, the second generation of Snyder, Charles F. “Chip” Snyder, Jr. entered into the family business. He learned how to serve families under his father’s supervision and guidance. Chip became President of the funeral home in 1988 after Charles retired, and he continues to work today with the same core values instilled in him by his father.

In 1989, the Charles F. Snyder Funeral Home acquired a second facility to serve the people of Millersville and the surrounding areas. In 2004, Chip would be joined by his son, third generation Snyder to enter the family business, Charles “Chad” Snyder III.

In 2000, a new modern facility was built north of downtown Lancaster on Rt. 501 (Lititz Pike). Located in Manheim Township, our Lititz Pike funeral home allows us to better serve the entire county. Then with the addition of the on-site crematory in 2010, it became the only facility in Lancaster County to offer an on-site crematory, witness room and chapel all under one roof. 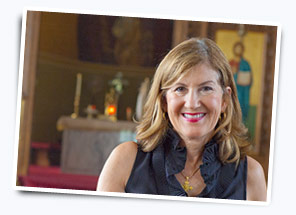 The Annunciation Greek Orthodox Church is home to me in many ways. It's where I was baptized and went to Sunday school every week. At this beautiful church, I volunteered, met my husband, got married, baptized my children, and saw my daughter marry. I feel peaceful attending Liturgy each week, as the smell of incense fills the church. I am proud to be a member of such a wonderful community. — Doreen Vlassis Snyder Vice President and Family Services Representative