September 12, 2021 – The 15-foot, 5,200-pound beam of metal outside the Manheim Township Public Library points toward ground zero in New York City, where, until 20 years ago, the World Trade Center towers once stood.

September 2, 2021 – The Dominican nuns have had a private cemetery since 1979 when they received a zoning variance from Manheim Township. The graves will be moved now that the sisters have left.

June 24, 2021 – Charles F. Snyder Funeral Homes & Crematory has announced plans to expand to Willow Street. A new Charles F. Snyder location at 2421 Willow Street Pike will replace an existing office building next to House of Pizza with a 12,500 square foot facility that includes a crematory, a 350-seat chapel, and 145 parking spaces. There will also a small chapel as well as a patio/garden.

April 10, 2021 – People who paid for the funeral and burial of someone who died from COVID-19 may be able to get reimbursed for the expenses. FEMA will begin accepting applications on Monday, April 12, for its funeral assistance program.

When should you change the clocks? Daylight saving time will be here soon

March 10, 2021 – A brand-new clock was donated to the newly renovated Penn Square in 2016 by the Charles Snyder Funeral Home. It replaced the clock that had been installed at the opposite side of the square in 1982.

How volunteers, local officials created a colorful mural overlooking ‘Garden in the Light’ in Lancaster city

December 11, 2020 – By the time of the final preparation meeting in early March of this year, Yorty was ready to get behind a paint brush and being work. She partnered with Two Dudes Painting Company and received financial assistance from Charles Snyder Funeral Home for the project.

July 25, 2020 – WGAL News 8’s Susan Shapiro visited Charles F. Snyder Funeral home in Lititz where there is a memorial to recognize all of those who have had a loss during this difficult time. The memorial consists of dozens of small green flags lining the road in front of the funeral home.

March 21, 2020 – Planning a loved one’s funeral is never easy. Doing so during the COVID-19 outbreak has added an unwelcomed level of uncertainty to the process. East Cocalico Township police Officer Brennan Lied died March 10 from injuries sustained in a motorcycle crash. He was off duty.

June 13, 2019 – Charles F. Snyder Funeral Homes & Crematory has acquired Bachman Funeral Home in Strasburg for an undisclosed price, it was announced Wednesday. The transaction brings Lancaster-based Charles F. Snyder the nation’s oldest funeral home, founded in 1769, and a presence on the southeast side of Lancaster County.

December 7, 2016 – After serving in the U.S. Navy, Charles F. Snyder found himself without a job at the end of World War II, but not without a dream. Already a licensed funeral director, Snyder fulfilled that dream in November 1947, founding and opening the Charles F. Snyder Funeral Home at 414 E. King St. 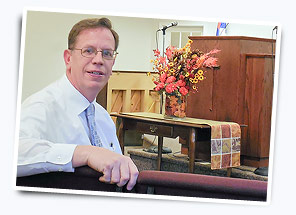 Bible Baptist Church of Leola means so much to my family and me; it is the place where we come together to worship and serve the Lord. Each month it is my privilege to conduct worship services at Conestoga View Nursing Home in Lancaster. It gives me great satisfaction and joy to be able to spread a little bit of sunshine and hope to those who no longer have the ability to attend their home church. — John Kenderdine Licensed Funeral Director