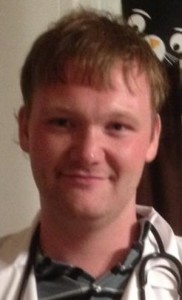 William D. “Will” Wagner, 26, of Lancaster passed away October 21, 2015. Born in Lancaster, he was the son of David Lee Wagner and Karen Kramer.
Will was a 2008 graduate of Manheim Twp. High School and was employed as a dishwasher at Lancashire Terrace. He was a huge Philadelphia Eagles fan and loved his car. Will was a member of the VFW Post #1690 Lancaster, Moose Lodge #299, Otters and the York Co. racing club.
In addition to his parents, he is survived by his maternal grandmother, Edna Kramer of Lancaster, paternal grandparents, David and Joyce Wagner, a sister, Jamie Kramer and her children, Koby, Rahmir, Dallas companion of Kassandra Martinez and her daughter Kianahlee; Two aunts, Donna M. Anderson wife of Denny of Columbia and his aunt Pam; Also surviving is Karen’s companion William Pfautz. He was preceded in death by his maternal grandfather, William D Kramer.
A Gathering will be held from 5-9PM Friday, November 6, 2015 at the Moose Lodge #299, 132 N. Water St, Lancaster, PA 17603. In lieu of flowers, contributions in Will’s memory may be made to the Humane League of Lancaster Co., 2195 Lincoln Highway East, Lancaster, PA 17602.

I WASN’T ABLE TO COME TO THE MEMORIAL TIME FOR WILL.  I WORKED AT LANCASHIRE WITH HIM.  HE AND I HAD A FEW CONVERSATIONS.  HE TALKED WITH ME ABOUT BEING IN A RESOURCE ROOM SINCE I HAVE A SON WITH A LEARNING DISABILITY.
I AM SO SORRY FOR YOUR LOSS.  WILL IS GOING TO BE MISSED AT LANCASHIRE!
JEAN SLAGLE
SALES SECRETARY AT LANCASHIRE TERRACE

Karen and Bill, my heart goes out to you both during this sad time. I will continue to pray for you both and my deepest condolences. Love, Kacey Chambers