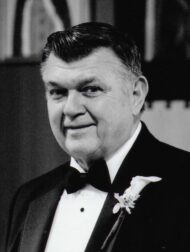 William (Bill) Koran, 84, of Washington Boro, Pennsylvania, passed on November 17, 2021, surrounded by his loving wife and family after his courageous battle with cancer.

Bill was born on January 12, 1937 in Philadelphia, Pennsylvania, the son of late Paul and Mary Koran. He was preceded in death by sister, Barbara Warfel.

Bill was a 1955 graduate of South Philadelphia High School where he competed in football and track & field. He was inducted into the South Philadelphia High School Athletic Hall of Fame in 2014. Following his graduation, Bill enlisted for military service and proudly served his country in the Air Force for five years. He served as an airborne electronic navigational repairman and was responsible for maintaining a wide variety of foreign and domestic aircraft. Bill was stationed in England, Italy, and Japan. During the course of his service, Bill played football for the Air Force team in the European Football League. After his service ended, Bill returned to Philadelphia and enrolled at Temple University where he graduated with a degree in Technology in 1964.

Bill was extremely proud of his service to his country, but even more proud of his life after military service had ended – particularly his career and family. Bill joined Doron Precision Systems in 1973 selling simulator systems to municipalities, police and fire departments, and corporate customers across the country. He served as an Eastern Regional Sales Representative for Doron for over 48 years prior to his retirement. Bill truly loved his job. He loved traveling the country and meeting new people. He truly enjoyed the connections and relationships made during the course of his long career. Bill was the type of salesman that salesmen aspire to be.

Bill was most proud though of his family. His children and grandchildren were his pride and joy and he made sure to play an active role in their lives. Bill was a true role model of a husband, father, grandfather, cousin, and friend, and aimed to instill the same values upon which he built his life. Bill’s devotion to his family was always a priority. He loved spending time with his family at the beach, fishing, cruising, and traveling. Bill was a huge sports fan and rarely missed a game for his beloved Eagles and Phillies. The only sporting events that he enjoyed more were those played by his children and grandchildren. One of Bill’s guilty pleasures in life was shopping – you would be hard-pressed to find a person that enjoyed a good deal more than him. It was a joy that he passed down to his children and grandchildren.

In lieu of flowers, please consider making a donation in Bill’s memory to Hospice and Community Care.

My deepest condolece to the entire family. I knew Bill from 1953 when we played football together at South Philadelphia High School. He was a fierce compietor but a true role model to all members of the team. I will miss you team mate until we meet again.
Phil {Cookie} Travaglini

Harry Flinn and I are so sorry for your loss.  We went to high school with Bill and were teammates at Southern.  We were blessed to have been able to call Bill a friend, and he will always be in our memories.  Our sincere condolances.

My deepest condolences to Steve and all the family on the death of Mr Koran. I spent a memorable weekend in his company many years ago in 1993 and enjoyed wonderful hospitality while far away from home. May his gentle soul rest in peace xx
Laura Delaney

My sincere condolences to the entire family.  Bill was one of the kindest, most sincere person I have ever met and I am better for knowing and working with him.  I will always cherish the time I had with him.  God Bless!
Randy Hammer