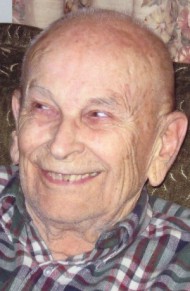 William (Bill) A. Adams III, 87, passed away at his home in Millersville on Friday, November 7, 2014, after a lengthy illness. He was the son of the late John M. and Katharine Clark Adams of Lancaster, PA. Bill was born in, and spent his life in Lancaster County. After graduating from McCaskey High School, Bill served his country during the end of WWII in the US Army, after being honorably discharged, he attended and graduated from Franklin and Marshall College, and was a member of the Phi Kappa Psi Fraternity.
Bill was the Treasurer of Slaymaker Lock Company, and after 25 years, he embarked on a second career as a Realtor in Lancaster, until he retired. He enjoyed hunting, had an appreciation for and collected firearms, horseback riding, going on digs looking for old bottles, glassware, and artifacts in the southern end of Lancaster County, and traveling. He was a member of the Lancaster Muzzle Loading Rifle Association, and always enjoyed participating in their yearly gun shows. In his younger years, he bred, raised, and sold registered quarter horses, and was a member of the Valley Lea Riding Club. Bill’s true passion was spending time and working on his parents’ farm in Drumore, PA, that they purchased during the Depression. As a child, Bill spent much time and weekends at the farm, and continued to spend every weekend working on the farm through 1982. He enjoyed a good, strong cup of coffee, to go along with his cigarette, going out for lunch with his friends, and going to gun shows.
Bill is survived by his two daughters, Becky A., wife of Jim Reever, Lancaster, PA, and Vicky L., wife of Earl T. Kegel, Drumore, PA, his grandchildren, PJ Ondeck, Earl T. Kegel Jr, Jesse Kegel, Sarah Kegel, step-grandchildren, Matthew Reever, and Sheri Reever, great-grandchildren, Mackenzie, Mya, Dylan, step-great grandchildren, Brett and Colin, his brother, John S. Adams, Drumore, PA, two nieces, Kathy Weaver, CT, Abby Adams, IL, and nephew, Kip Adams, PA. He is also survived by his companion, Dorothy Sterback and their dog, Tipper.
Please omit flowers. If desired, kindly make a donation to a charity of your choice in Bill’s honor. He called himself a “miserable old fart”, had a loud, infectious laugh, and enjoyed teasing people. So when you think of Bill, laugh out loud and pass it along, for laughter is the best medicine.
Friends will be received from 10-11AM with a Time of Sharing at 11AM at the Charles F. Snyder Funeral Home & Crematory, 441 N. George St, Millersville, PA 17551 on Friday, November 14, 2014. Interment in Drumore Cemetery, Drumore, PA.

I was sorry to learn of Bill’s passing. I have fond memories of my father teaching me to fish at his farm pond in Drumore. With sincere sympathy, Sam Slaymaker