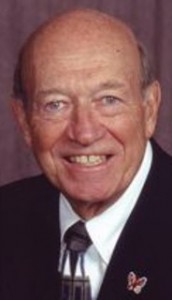 He graduated from F&M and received his doctorate from Temple University.  He served as a Captain in the United States Army and stationed in Germany and Brooke Army Medical Facility at Fort Sam Houston, Texas.  He returned to Lancaster in 1964 to establish his Family practice where he labored passionately until reluctantly retiring in July, 2002. Dr. Weaver was President of the Medical Staff and head of the Board of Credentialing at St Joseph Hospital of Lancaster and was a member and treasurer of the American Academy of Family Practice.  He had served as Medical Director for Calvary Fellowship Home and sports physician for Manheim Township School District.  He was an active member of the Highland Presbyterian Church and played trumpet with the Auscultation Brass for many years.  He attended and was active in the Central Manor Camp meetings held annually in Washington Boro.  He was an avid Eagles & Penn State fan.  He enjoyed traveling, basketball & tennis.  He grew tomatoes every summer.

You are sorely missed. Thank you for being a kind person and a wonderful doctor.
susan lutter

This is late in coming, but sincerely meant.  Dr Weaver, you were a caring and extremely competent physician.  We miss you.

I got to know Dr. Weaver as a pharmaceutical sales representative in Lancaster, PA back in 1999.  He could not have been nicer.  In the short span that I worked in that area, I could tell how deeply he cared about his patients and they in turn loved him.  I will always remember fondly my time in Lancaster and specifically Dr. Weaver.