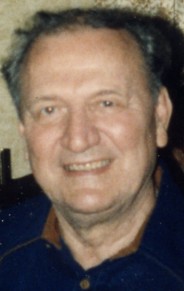 Thomas J. Rainar Jr, 92, formerly of 845 Highland Ave. Lancaster, passed away on Sunday, February 3, 2008 at St. Anne’s Retirement Community in Columbia. Thomas was born in Portland ME, he was the son of the late Thomas J. and  Barbara (Bubich) Rainar. He was married to the late Alta Elma (Hostetter) Rainar who passed away in 1994.

Mr. Rainar was employed with Armstrong as a welder for 44 years, where he retired in 1981. He honorably served his country during WWII as a Navy Seaman 1st Class. He was a member of the Knights of Columbus Council 867, 3rd degree in Lancaster, and American Legion Post 34 in Lancaster.  He enjoyed bowling on an Armstrong Bowling League team and also Deer Camp each year. He was a member of St. Joseph Catholic Church in Lancaster.

A Mass of Christian Burial will be held on Thursday, February 7, 2008 at 11AM. at St. Joseph Catholic Church, 440 St. Joseph St, Lancaster with Fr. Joseph Hilbert as Celebrant. Friends will be received from 10AM until the time of the service. Interment will be in St. Joseph New Catholic Cemetery.  In lieu of flowers memorial contributions may be made in Thomas’ memory to St. Anne’s Retirement Community, 3952 Columbia Ave, Columbia, PA, 17512. The Charles F. Snyder Funeral Home Inc. Millersville 872-5041 is handling the arrangements.