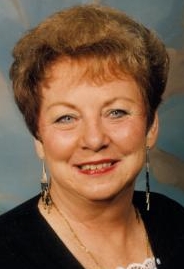 Susan M. Reilly, 70, of Thunderbird Lane, Lancaster, passed away at her home.

Born in Altoona, she was the daughter of the late David and Hazel Hoover Evans. She was married for 46 wonderful years to Maurice S. “Mike” Reilly, Jr.

Mrs. Reilly received her Bachelors of Arts from Penn State University specializing in English, Spanish, and French. She also completed a year and a half of graduate work towards her Masters Degree in Science. Sue also completed studies at Lancaster Board Real Estate School and Northwest Orient Airlines School for Stewardess.

Mrs. Reilly’s career started as a flight stewardess for Northwest Airlines where she traveled the world. After meeting her husband, Sue began her career as a school teacher at St. Gertrude’s High School in Roseville, Michigan teaching Spanish, English, and French. After moving to Lancaster, Susan worked as the manager of Roseden Realty at Stevens House in Lancaster for over 20 years.

Mrs. Reilly had many passions but none more than painting. She was a tremendous artist in water and oil color painting learning under the study of many famous artists. She also enjoyed swimming, reading, and gardening.

Surviving in addition to her husband are her sons, Paul M. Reilly and Shawn M. Reilly of Reading.

Relatives and friends are invited to attend the Mass of Christian Burial at St. John Neumann Catholic Church, 601 E. Delp Rd., Lancaster, on Tuesday, October 10, 2006 at 11AM. Interment in St. Joseph New Catholic Cemetery, Bausman. Friends may be received at the Charles F. Snyder Funeral Home and Chapel, Inc, 3110 Lititz Pike, Lititz, on Monday evening from 6-8PM and again on Tuesday from 10:30AM until the time of service.