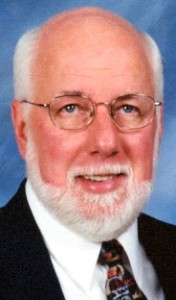 Born in Johnstown on July 21, 1937, he was the son of the late Harry P. and Magdelene Graham Allison. He celebrated his 45th wedding anniversary on January 26th to Dolores Dubay Allison.

He was a 1955 graduate of Johnstown High School. Mr. Allison served the community as the owner and operator of Allison Door Sales since 1984. He was a member of St. John Neumann Catholic Church. Mr. Allison enjoyed spending weekends racing with his son and his grandsons.

Surviving in addition to his wife are his children, Marybeth Newell of Lutherville, MD, and James P. Allison, husband of Elissa of Columbia, four grandchildren, Allison Newell, Skyler, Austin, and Annabelle Allison, and a brother, William H. Allison, husband of Pamela of Lititz, and many nieces and nephews. He was preceded in death by a brother, Thomas Allison.

Funeral Services will be held on Tuesday September 19, 2006 at St. John Neumann Catholic Church, 601 E. Delp Rd. Lancaster, at 11AM. Interment in St. Joseph New Catholic Cemetery, Lancaster. Friends will be received on Sunday from 6-9PM, Monday from 2-4PM and 7-9PM, and again on Tuesday from 9:30-10:30AM at the Charles F. Snyder, Jr. Funeral Home and Chapel, 3110 Lititz Pike, Lititz. In lieu of flowers, memorial contributions may be sent in his memory to St. John Neumann Catholic Church.