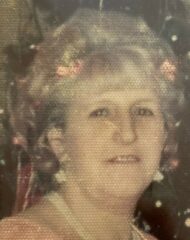 Shirley A. Johnson, 87, of Lititz, passed away peacefully on Sunday, September 18, 2022 at her residence.

Born in Lancaster, she was the daughter of the late Cheftien and Esther Kirk Kennedy.

Shirley had retired from Lancaster General Hospital, after working there in housekeeping for 20 years. She had also worked at the Lancaster Host Farm for many years.

She enjoyed cooking and no matter what she made, it was good. She loved to dance, enjoyed word search puzzles and loved to watch the Golden Girls on TV.

Friends will be received on Sunday, September 25, 2022 from 12Noon to 1PM at the Charles F. Snyder Funeral Home & Crematory, 414 E. King St., Lancaster, PA, with the Funeral Service to follow at 1PM. Interment will be in Mellingers Mennonite Cemetery.

Deepest sympathy to family.My thoughts and prayers are with all of you at this grievous time.Love cousin Patti McCullough and family.

Sorry for your loss prayers for you and your family