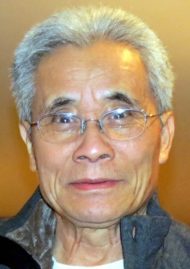 Sayavong Ratjavong, 75, of Gordonville, passed away on July 3, 2016 at home surrounded by his family.

He was born in Luang Prabang, Laos as H.R.H. Prince Sayavong, son of H.R.H. Prince Duang Chan and Princess Chan Peng, and grandson of H.M. King Zakarine. Sayavong was the cousin of the last King of Laos H.M. King Sisavang Vatthana. Sayavong and his family escaped from Laos during the communist invasion and immigrated to the U.S. in 1979, and became a U.S. citizen in 1988. Sayavong was a graduate from the College of Lycee Pavie, Vientiane, Laos 1959, and Ecole Superieure Technique Du Genie, Versailles, France 1968. He completed the U.S. Army Officer’s training courses in Fort Lee and Fort Belvior, VA 1973. He was a Captain in the Lao Royal Army, and was a member of the Black Tiger Commando Unit. He fought alongside the U.S. Military during the Vietnam War. He was fluent in Lao, Thai, French, and English. Sayavong enjoyed working outside and spending time with his family, especially his nine grandchildren.

Funeral Services will be held at 2PM on Saturday, July 9, 2016 at the Charles F. Snyder, Jr. Funeral Home & Crematory, 3110 Lititz Pike, Lititz, PA 17543. Friends will be received one hour prior to the service at the funeral home on Saturday. Interment will be private and at the convenience of the family. Flowers will be received.

We are sorry to hear about the loss of Mr. Ratjavong.  Our sincerest thoughts and prayers are with you and your entire family. Sincerely, John, Deb, Alisha and Adam Miller.