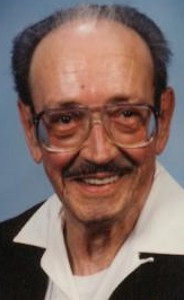 Born in Lancaster on Oct. 30, 1921, he was the son of the late Sarah Flowers and Alvah H. Garreth. He was the husband of Regina R. Kirchner Garreth. They celebrated 60 years of marriage on June 1.

As a young man, he served as a Sgt. in he 14th Photo Recon Squad of the 8th Air Force during WWII and was recalled for a year during the Korean War. He retired from the Manheim Twp. School District in July of 1993 after working 30 years as a school custodian. He was a member of St. Anne Catholic Church. His favorite hobbies were reading and NASCAR Races.

Surviving in addition to his wife are his children, Richard L. Garreth of Ephrata, and Kathleen A. Garreth of Lancaster, and one granddaughter, Jennifer J. Sensenig Weise of Lititz.

Mr. Garreth was preceded in death by a daughter, Karen Sensenig.

Mass of Christian Burial will be held at St. Anne’s Catholic Church, 929 N. Duke St., Lancaster, on Saturday, October 14, 2006 at 11AM. Interment in St. Joseph New Catholic Cemetery, Bausman. Friends may be received at the church from 10AM until the time of service. In lieu of flowers, contributions may be made to a charity of one’s choice.