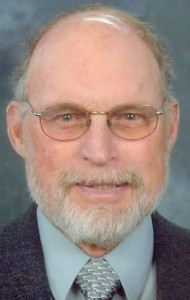 Robert Harnish Weaver, 80, formerly of Strasburg, died peacefully at his residence in Quarryville Presbyterian Retirement Community on Saturday, August 17, 2013. Bob celebrated 57 years of marriage with his wife Norma Ruth Welk Weaver last October 23rd. Born in Lancaster, he was the son of the late Norman and Elizabeth Harnish Weaver.

Bob served in the US Army during the Korean War. He retired as a supervisor after more than 50 years of loyalty to Andrews Excavating, Willow Street. He served as a Strasburg Twp. Supervisor for 32 years. An outdoorsman, Bob was a member of Silver Streak Hunting Club. Along with Norma, he enjoyed the Swing Thrus Square Dance Club. Bob was a longtime member and a Deacon and Trustee of First Presbyterian Church of Strasburg.

In addition to his devoted wife Norma, Bob is survived by his brother Richard H. “Dick”, husband of Bertha Wolf Weaver of Strasburg, his sister Dorothy Jane (Weaver), wife of Floyd W. High of Ephrata, and many nieces and nephews.

A viewing will take place 6-8:30 PM Wednesday, August 21, 2013, at First Presbyterian Church of Strasburg. Bob’s Memorial Service will be held 11 AM Thursday, August 22, 2013, at the church, with Rev. Robert K. Bronkema officiating. Interment in Strasburg Mennonite Cemetery will be private. Please omit flowers. Memorial Contributions may be made to the First Presbyterian Church Memorial Fund, 101 S. Decatur St., Strasburg, PA 17579.

It was an honor and pleasure to work with Uncle Bob for the 17 years I worked at Andrews and the years after his retirement (?) Being as I was hired as a truck driver I had very little experience with excavating. When I had to labor on one of Bob”s jobs he would taked time to show me how to do a certain job. Bob was very loyal to his job. He did not need anyone to tell him how to run a job even though some thought they knew more than he. The LORD had a place for Bob on this earth and he did WELL at all the LORD had for him to do. He is now walking with Jesus and we that know Jesus as SAVIOUR and LORD also have that HOPE that Bob is now enjoying. Our prayers are with the Weaver family. GOD BLESS and strengthen each one . Bob Russell

Norma Want to express our sympathy on the passing of Bob. Our thoughts and prayers are with you.  Pat and Jim Hostetter