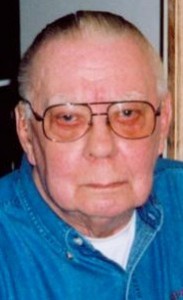 Mr. Watson was a  Maintenance Supervisor at the Host Farm for 15 years. He served in the army during the Korean War. Robert loved to hunt, fish and spend time with his dogs. He fostered cats and kittens for the Humane League of Lancaster County and was an active foster parent for the Dogue de Bordeau Society Rescue.

He will be lovingly missed by his wife, daughter, Katharina and son in law Guy R. Bunteman of Lancaster. He was the father of Donald Watson of Lancaster and Robert Watson Jr.of South Carolina. He has eight grandchildren, and four sisters: Lorraine wife of James Miley, Loretta wife of Marvin Kring, Geraldine wife of Luther Henry,and Charlene wife of David Hogg.

A funeral service will be held at the Charles F. Snyder Funeral Home, 414 E. King Street, Lancaster, Pa on Monday at 1:00PM. There will be a viewing at the funeral home on Monday from 12:00-1:00PM. Interment will be in Conestoga Memorial Park. Contributions may be made in Robert’s memory to Dogue de Bordeaux Society Rescue, 11 Marc Street, Hazlet, New Jersey, 07730.