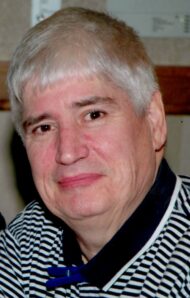 Robert C. “Bob” Galligan, 80, of Lancaster, was welcomed into the arms of the Lord, surrounded by his loving family on May 11, 2022. Born in Montclair, NJ, he was the son of the late Raymond E. and Rose W. (Kelly) Galligan. He shared over 43 beautiful years of marriage with Linda (Flosser) Galligan.

Bob was a devoted Catholic his entire life. In Lancaster he was a long-time member of St. Joseph Catholic Church before transitioning to St. John Neumann Catholic Church. He was a 4th Degree Knight of Columbus and during his time at St. Joseph Catholic Church he was a special eucharist minister. Bob cared deeply for his faith and his community. While living in Arizona, he was a Big Brother and in New Jersey, he was a Member of the Ancient Hibernians. He and Linda also volunteered their time with Worldwide Marriage Encounter. In his free time, Bob was an avid sports fan and could frequently be found cheering for the Philadelphia Phillies, New York Rangers, NY Giants, and was a die-hard Notre Dame fan.

Memorial contributions may be made to Our Lady of the Highways Shrine Oblates of St. Francis of de Sales, which was dedicated to Bob’s late uncle, Rev. John C. Kelly.

We are so sorry for your loss.  Thoughts and prayers sent to Linda and the family along with our love.  RIP ROBERT, GONE BUT NEVER FORGOTTEN.

So sorry Linda and Josh for your loss. Prayers for you.