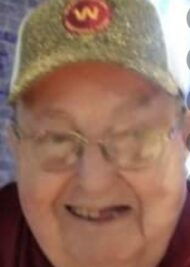 Robert “Bob” Adam Danz Jr., 74, of Lancaster, PA passed away in the early morning of November 18, 2021.
Bob was born September 14, 1947 to Adeline and Robert Danz Sr. in Lancaster, PA.
He graduated from Lampeter-Strasburg High School in 1965 and moved to Virginia soon thereafter to pursue an education in dentistry. After having his dentistry bag stolen, he continued his education at North Virginia Community College and received his Associate’s degree in English. Bob had a passion to become a teacher.

Bob went on to become the manager of Safeway grocery store in Washington D.C. After marrying and having children, Bob returned home to Lancaster, PA and became a bus driver for the Red Rose Transit Authority (RRTA) where he continued to work until his retirement in 2012. A colorful life lived with twists, turns, and many curve balls, Bob remained true to his character, lived his life in zen fashion with the wise firm belief, “In another 50 years this isn’t gonna matter.”

A beloved father, brother, grandfather, and friend who loved to make jokes. Bob enjoyed spending time with his family, puttering around his vegetable garden, and anything Harley Davidson related. He was seldom seen without his baseball cap and Harley boots. Bob will forever be known for his love for the ladies, his wit~ fast with a smile and jokes, his naps, and being loving and kind.

He was preceded in death by his parents and his brother, Richard Danz. He is survived by his companion, Rachel Serrano of Lancaster, the mother of his children, Barbara; brother, Russell Danz of Lancaster, PA; son, Robert Adam Danz 3rd of Rossiter, PA, daughter; Teresa Decker and husband, Richard Decker Sr. of Conestoga, PA; daughter, Kathy Danz of Lititz, PA, granddaughters; Allie Lucas of Ephrata, PA; Dabney Lineberry of Pittsburgh, PA and Jackie Danz of Rossiter, PA, grandson, Richard Decker of Lancaster, great-grandchildren; Carter and Ciara Rineer, and numerous nieces and nephews.
Funeral services are private. The family kindly asks that donations to be made to the American Heart Association in Bob’s memory.

Bob was a good brother in law and a good friend.  May he rest in peace and God have mercy on his soul. I love you dearly.     Paul Bodenhorn

I remember Bob as a good heart and fun guy.
My deepest sympathies to his children and family….
Cindy Danz

Bob was a wonderful man. His love for his family was always obvious.  He was always ready to crack a joke to bring a smile to your face! He will be missed by many.
Tracy Reed

What a great man, a ladies man. I am sorry for your family’s loss. He will be truly missed. Your all in my prayers!
Melissa Faith Hess