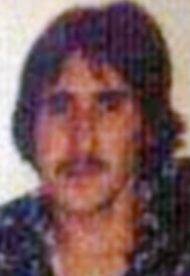 Richard Walton, 62, of Lancaster, died due to a tragic incident at his home Sunday, February 19, 2017. Born in Honey Brook, he was the son of Frances Walker and Joseph Walton.
He enjoyed spending time with his family, listening to 80’s rock music, especially Metallica.
Richard is survived by four children, Alan Walton, Heather Klopp, Brandon and Christine Sensenig, and many nieces and nephews, and sisters, Marie Yellets, Betty, of Ephrata, Shirley, Janet Walker, and one brother, Joseph Walker. He was preceded in death by a daughter, Diana Spencer.
Funeral Services will be held on Sunday, February 26, 2017 at 3PM at Charles F. Snyder Funeral Home & Crematory 414 E. King St. Lancaster, PA. Friends may view at Snyder’s from 1PM-3PM prior to the funeral service. Cremation will take place in the Snyder Crematory Chapel.