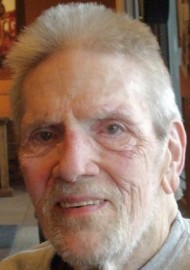 Rev. Robert Gordon Young-White, 71, of Lancaster, PA died Friday, May 8, 2015 at Lancaster General Hospital. He was the husband of Pamela (Young) White.
Born in Philadelphia, PA on May 30, 1943 he was a son of the late Joseph Rudolph and Mary (Dorwart) White. Rev. Young-White received his master’s degree in divinity from the Eastern Baptist Seminary and was ordained as a Pastor in 1972 from The United Methodist Church Conference. He served with Wissahickon Baptist Church, Linley U.M Church, Shalom U.M Church, Covenant U.M Church, Chaplain at University of Pittsburgh, Providence Avenue U.M. Church, Director of Kensington Area Ministries, Conshohocken U.M. Church and most recently Christ U. M Church in Lancaster where he retired in 2008. Rev. Young-White enjoyed going to the theatre, reading, writing poetry, music, playing the piano, was a civil rights activist and was a professor of Holocaust Studies.
In addition to his wife he is survived by daughters Deborah wife of Matthew Montgomery of Collegeville, PA and Jennifer White-Burke of Lancaster, PA; a son Timothy Raymond White and wife Crystal of Pittsburgh, PA; step-daughter Allison wife of Dwanye Caine of Lancaster, PA; grandchildren Nicholas, Melissa, Stephen, Kathleen, Hunter, Carson, Connor, Ashley B., Tyler, Ashley wife of Arthur, Dwayne, Isaiah, Markell and two great-grandchildren Noah and Savannah. He was preceded in death by his brother Rudolph White.
Memorial Services will be held on Friday, May 15, 2015 at 11AM from the Hempfield United Methodist Church, 3050 Marietta Ave. Lancaster, PA 17601. Visitation will be held one hour prior to the service. Interment will be held in Millersville Mennonite Cemetery.
Memorial contributions may be made to Habitat for Humanity, 443 Fairview Avenue Lancaster, PA 17603.

Our deepest sympathy to Pam and family. Bob was the kindest man and had a deep impact on many of us at Starbucks. We considered him a part of our community family. We will miss Bob and will always remember his loving spirit.
Sending thoughts of comfort,
The Stonemill Plaza Starbucks Staff and Fellow Customers

As a clergy colleague in the Eastern Pennsylvania Conference of The United Methodist Church Bob always spoke up for the poor and marginalized. He was a tireless fighter for justice. His voice will be missed. My prayers are with you all. Stan Krall