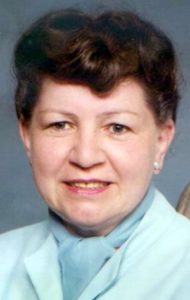 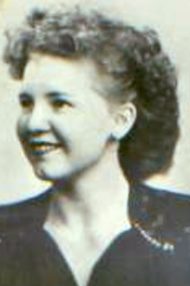 Regina “Jean” K. Garreth, 92, of Lancaster, PA, passed away on April 5, 2017 at Ephrata Manor. Born in Lancaster, she was the daughter of the late Philip & Ruth (Kerchkoff) Kirchner. Jean was married on June 1, 1946 to her late husband, Ross W. Garreth.
Jean was a member of St. Anne Catholic Church since 1952 where she did a lot of volunteer work. She also published “I Know A Story” writings in the Sunday News. Jean was a member of the ARC of Lancaster County and the Cystic Fibrosis Organization.
Surviving is a son, Richard Garreth; a daughter, Kathleen A. Garreth; a granddaughter, Jennifer Sensenig Weise; and two sisters: Ruth Remley & Corine Ortega.
She was preceded in death by a daughter, Karen J. Garreth; and brothers: Philip, Louis & Lawrence Kirchner.
A viewing will be held from 6-8 PM on Tuesday, April 11, 2017 at the Charles F. Snyder Funeral Home & Crematory, 414 E. King St, Lancaster, PA 17602. A Mass of Christian Burial will be at 11 AM on Wednesday, April 12, 2017 at St. Anne Catholic Church, 929 N. Duke St, Lancaster, PA 17602. Jean will be laid to rest at St. Joseph New Catholic Cemetery.
In lieu of flowers, contributions may be made to the Cystic Fibrosis Foundation, 55 S. Progress Ave, Harrisburg, PA 17109.