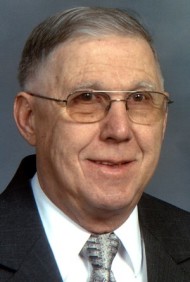 Born in Warwick Twp., PA he was a son of the late William Smith Sr. and Hattie Mary (Stark) Garner. Ray was a graduate of Warwick Twp. High School and worked for Hamilton Watch as a production planner for over 40 years until his retirement. He proudly served in the US Air Force and was a member of St. Anne’s Catholic Church where he volunteered in the brown bag lunch program. Ray was a Phillies and Penn State fan and an avid bowler in leagues at Duffy’s and Rocky Springs. He enjoyed gardening, including raising show mums, meeting friends for breakfast and lunch at the former Leola Family Restaurant and later at the Coffee Company. Ray was a supporter of Lancaster Catholic basketball and football programs and enjoyed watching basketball for the University of Delaware. He adored his grandchildren and great-grandchildren and will be remembered for his devotion and love of his family. He was a beloved husband, father, grandfather and great-grandfather.

Mass of Christian Burial will be held Wednesday, January 27, 2016 at 11AM from St. Anne’s Catholic Church, 929 N. Duke St. Lancaster, PA 17602 with Fr. Tri Luong as Celebrant. Interment with military honors provided by the Red Rose Honor Guard and Vet 21 Salute will be held in St. Joseph New Catholic Cemetery, Bausman, PA. A viewing will be held from 9-11AM prior to the Funeral Mass at the Church.

In lieu of flowers please consider a contribution to St. Anne’s Catholic Church at the above listed address in Ray’s memory.

Aileen and family,
i am so sorry for your loss.  Please know that you are in my thoughts and prayers.  Your family was blesses to have two wonderful and loving parents.
Ann Manuel

We would like to offer our condolences to the family and will keep you in our thoughts and prayers during this difficult time.    Love, Terry & Mike Warner

Dan and family – willmiss your dad on Saturdays at Mass – you had great parents.  You and your family are on ours and my prayer chain.  Miss Kaylor

I would like to offer my condolences to the entire Garner in regards to the death of Ray Garner, Sr. I had the pleasure of knowing and bowling with Ray for thirty years and there will be never be anyone like him on the face of the earth again.
Alan Baron