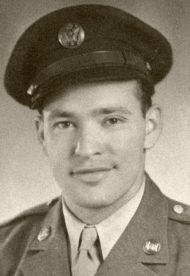 Nathan Garonzik, 98, a seventy-year resident of Lancaster, passed away on September 9, 2019. He was married to Rena (nee Ben-Aziz) Garonzik for 63 years before she pre-deceased him in 2011. Nathan was born on December 15, 1920 and raised in Hagerstown, Maryland. He was the son of the late Moses Garonzik and Ida (nee Lyons) Garonzik and the grandson of Nathan Garonzik who immigrated to Baltimore, Maryland from Russia in 1880 and Sarah (nee Perman) Garonzik.

Nathan Garonzik was a 1938 graduate of Hagerstown High School and a local vocational business school. At the outbreak of World War II, he was employed as a Traffic Manager in the logistics department of Fairchild Aircraft Manufacturing Company, which was headquartered in Hagerstown and which was most noted at the time for the manufacture of aircraft trainers for the US Army Air Corp. Even though he had a war industry deferment, Nathan enlisted in the US Army in May 1943. After basic training, he selected flight training with the US Army Air Corps, but apparently the Army needed more trained combat engineers than pilots at the time, and he and many members of his flight school unit, to their disappointment, were sent to Fort Chaffee, Arkansas for engineer training. Nathan served in the 1270th Engineer Combat Battalion as a Construction Foreman attaining the rank of Corporal, Technician 5th Grade. His engineering battalion fought in the Rhineland and Central Europe campaigns in 1945 assisting General George Patton’s 3rd Army race across Europe to reach the border of Czechoslovakia and the waiting Russian Army.

Following Nathan’s return from Europe and discharge in 1946, he returned to Maryland, attended civilian flight school, obtained his pilot’s license, and flew Piper Cubs. His eventual marriage and fatherhood put an end to his flying days.

In 1947 Nathan was employed by the Chance Vaught Corporation in East Harford, Connecticut, the manufacturer of the famed F4U Corsair fighter aircraft. While on vacation in Florida in December 1947, Nathan met his future wife Rena Ben-Aziz on a Miami harbor tour boat. The couple married in June 1948 at the home of Nathan’s sister in Harrisburg. Shortly after their wedding, the newlyweds moved to Lancaster (an uncle made Nathan an employment offer) where they lived for their entire married lives together. By the mid-1950’s Nathan returned to his logistics background, first as the traffic manager for a small trucking company and subsequently the Traffic Manager for a small, start-up aluminum products manufacturing firm named Quaker State Metals located on the Manheim Pike which later grew to be the Howmet Corporation and which ultimately became Alcoa’s manufacturing plant still at the same location on the Manheim Pike. As the manager of firm logistics, Nathan was responsible for the shipping of raw aluminum ingots to the plant and finished product from the plant by all modes of transportation, including truck, ship, rail and airplane.

Nathan retired from Howmet in 1983. During the 80’s and 90’s, Nathan and his wife Rena traveled the world extensively, including multiple trips to Europe and Israel and a trip to Japan. During their retirement, both at home and while traveling, Nathan and Rena enjoyed fine dining and French wines. They especially enjoyed spending time with their four grandchildren. Nathan was especially fortunate to know his two great-grandsons and two great-granddaughters.

Dear Ronnie and Family,
Sending my deepest sympathies on the loss of your father. Thinking of you.
Amy Feifer