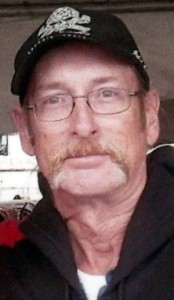 Born in Lancaster, he was the son of Betty J. (Eshleman) Watts of Lancaster and the late William H. Watts.

Michael was employed by Crystal Waters as a loader for almost 30 years and was a member of the 1972 graduating class of Lancaster Catholic High School.

He was a model train and railroading enthusiast, and enjoyed hot rods, drag racing, and fishing.

In addition to his mother, he is survived by his former spouse, Dawn Longenecker of Lancaster; a son, Michael Charles Watts and his wife Renee of Mount Joy; two grandchildren: William Charles and Cooper Michael Watts; and three sisters: Deborah A. Lefley of Ephrata, and Katherine E. Vandermark and Mary L. Fake, both of Lebanon.

Memorial services will be held at 3 PM Friday, December 20, 2013 at Charles F. Snyder, Jr Funeral Home & Crematory, 3110 Lititz Pike, Lititz, PA. The family will receive friends at the funeral home one hour prior to the service. Burial will be at the convenience of the family.

You will be sadly missed
Bud Redding

My deepest sympathys to Watts family. Mike was a loving father and a good friend
Frank De Luca

Michael and Renee,
I was so sorry to hear about the passing of your father.  Please accept my deepest sympathy.

your are going to missed by alot of people mike, i can remember all the good times we had together, going to the fin and feather going hunting, and golfing, working on cars and your baby the s 10. most of all that i enjoyed was we played side by side baseball you were the best 3rd baseman around. we did depart for the last few years doing our own things, but i wished that i would have been in touch a little more. this is not saying good bye it is saying until we meet again. you will be missed but not forgotten. i pray that you are in Gods hands.