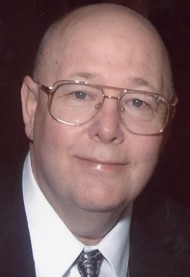 Michael B. Anderson, 68, of Lancaster passed away Saturday, February 20, 2016. Born in Lancaster, he was the son of Mary J. (McGuire) Anderson and the late Robert Anderson. He was married to the late Linda M. (Kulp) Anderson who passed away in 2006.
Michael worked for RR Donnelly for over 36 years, retiring in 2002. He was a huge Philadelphia Eagles football fan and loved animals, especially dogs.
In addition to his mother, he is survived by his daughter, Michelle M. Anderson of Marietta, PA; a son, Robert Anderson of Ludowici, GA and one grandson, Zachary Anderson. In addition to his wife and father he was preceded in death by a brother, David Anderson.
Services will be private and at the convenience of the family. Donations in Michael’s memory may be made to the Humane League of Lancaster County, 2195 Lincoln Highway East, Lancaster, PA 17602.

Mike was a very good man.  God will give the family the strength to move forward.  I always enjoyed talking to Mike!

Our deepest sympathies to Mike’s family on his passing. My husband and I knew him through our years at Penn Manor High School and hung out together on occasion “back in the day”.  Every time I hear the song, “What’s new pussycat?”, I think of him, having seen the movie together. ? We were “neighbor’s” too….I used to live on Spring Dr.  I remember him as a very kind, sweet guy. Our thoughts and prayers are with him and, esp. with his loved ones as you cope with this loss.
Sincere condolences,
Dave & Pam (Mayer) Schwebel