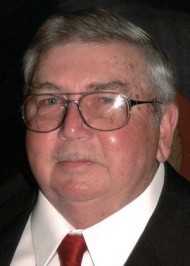 Martin E. Waltman, 80, of Lancaster passed away unexpectedly on Wednesday, January 13, 2016. Born in Lancaster, he was the son of the late Clifford R. and Elizabeth M. (Rupp) Waltman. His first wife, Joyce E. (Coulter) Waltman passed away in 1995 and his second wife, Sally K. (Donley) Waltman in 2011.
Martin was a 1953 graduate of J.P. McCaskey High School and went on to work for the former Bell Telephone Co. as an equipment technician for over 40 years. He proudly served in the US Army during the Vietnam War.
He was a longtime member of the Ross St. United Methodist Church.
Martin was a member of the American Legion Post #34, B.P.O.E #134, the 8th Ward club, CTA, Hubley Club, VFW Post #1690, Victor Emmanuel, Telephone Pioneers of America, Germania Band Club, Loyal Order of the Moose #299, AMVETS Post #19, and Rainmakers.
He was a member of the Masonic Lodge #43. He also enjoyed traveling and spending time with his family and friends.
Martin is survived by three grandchildren, Heather Waltman, Krystle Kellenberger wife of Anthony, Alexandra Royer wife of Tom all of Lancaster and two great-grandchildren. Also surviving are four siblings, Roberta Leayman wife of Bruce, Joanne Myers, Judith A. Waltman wife of Thomas Cunrod, Carole A. Wittmer and a host of loving nieces and nephews. He was preceded in death by his son, Martin E. Waltman, and his brother, John C. Waltman.
A Masonic Service will be held at 12:45PM followed by a Memorial Service at 1PM on Monday, January 18, 2016 at Ross St. UM Church, 312 E. Ross St, Lancaster, PA 17602. Friends will be received from 11AM till the time of the service. Interment will be private. In lieu of flowers, contributions can be made in Martin’s memory to the church at the above address.

Marty and I grew up in the 300 block of Ross Street.  We went to elementary school, junior high and graduated from McCaskey in 1953.  He. And a few others in the heighborhood taught me to play football and baseball behind Ross St Methodist Church and basketball behind Martin’s garage.  They were good years.  My thoughts and my prayers are with his family and friends.  We will all miss him.
Sorry I cannot make the service in his memory on Monday.
Marilyn Neff Reynolds

Prayers to all the family and friends who were blessed to know this wonderful man. Nate, Marlana, Tori, Karaline and Jazzlyn, we know how much you loved Martin and we are so very sorry for your loss.
With deepest sympathies,
The Shutt Family

Marty was a  sweet, very kind and jovial man.  I had the pleasure of his company many times at The Lancaster Elks # 134 and family events, most recently at my wedding.  He was a very good friend of my mothers as they went to school together.    I will miss his smile and laughter and friendship.  Rest in Peace my friend.  You will be missed!

To Marty’s Family, We are so sorry for your loss.
He was such a nice, friendly guy.
He will be missed
Love, Donna Speece and Jeff Davis

To the Waltman Family : I knew Marty from the Elks Lodge. He was just a really nice man who will be missed by many. God Bless – Peter Zanowski