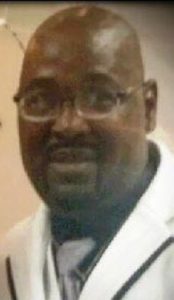 Mark graduated from J.P. McCaskey High School and was a cook at various restaurants in the Lancaster area. Mark was christened in 1969 at Bethel AME Church, Lancaster, and baptized at Triumph Baptist Church on November 2, 2014, in Philadelphia. He was a lifetime member at Crossroads Mennonite Church.

In addition to his wife, Lynda, and his mother, he is survived by two step-children, James Hines and Shermeir Porter of Philadelphia, PA; four brothers: Kenneth Gant, Jr., Michael Gant, Sr., husband of Abadella, Jerry Gant, and Curtis Gant, husband of Christine; three sisters: Barbara A. Gant, Yohonda Dixon, Latonya Dixon, and a God sister, Barbara Vassor, all of Lancaster; special cousins, Doralene Govan, Lancaster, and Charleslena Govan, Philadelphia; a brother-in-law, Kevin Davis; a mother-in-law, Stella Davis; a father-in-law, John Edmond of Philadelphia, PA; and a special friend Robin Buller. He is survived by a host of relatives and preceded in death by a niece, Mikeisha Gant.

Relatives and friends are invited to attend Mark’s Funeral Service on Saturday, January 7, 2017, at 1:00 p.m. at Crossroads Mennonite Church, 401 Church Street, Lancaster, PA, with Pastor Vincent Whitman officiating. There will be a viewing at the church on Saturday from 12:00 p.m. until the time of service. Mark will be laid to rest in Mellinger Mennonite Cemetery, Lancaster.