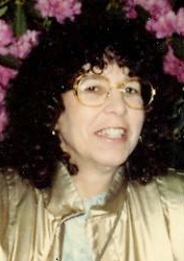 Born in Lancaster she was the daughter of the late Charles and Dorothy Tillbrook Darnell. Leona was married to Gerald E. Wagner for 55 years.

Mrs. Wagner was a nutritionist for 15 years for WIC, and a member of Redeemer Lutheran Church.  She loved to spend time with her family. She also enjoyed reading and watching Philadelphia sports teams.

Surviving besides her husband is two daughters; Deborah A. married to Dennis E. Weber of Conestoga and Diane married to Glen H. Davis of Lancaster; four grandchildren; Heater, Ashley, Aubri and Hannah; three great grandchildren; three sisters; Jean married to Don Coble of Lancaster, Helen Fisher of Lancaster and Mary married to Harold Harris of Millersville.  She was preceded in death by one son; David C. Wagner.