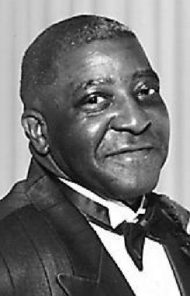 Kenneth William Gant, Sr., more affectionately known as “Kay,” 79, of Lancaster, PA, was called home to be with the Lord on Friday, August 9, 2013. He was the devoted husband of Barbara Sharrock Gant and they celebrated 58 years of marriage May 21, 2013. Born in Lancaster, Kenneth was the son of the late George Spicer and Edith K. Wise Gant.

Relatives and friends are respectfully invited to attend Kenneth’s Life Celebration Funeral Service at 12 Noon on Saturday, August 17, 2013, at Crossroads Mennonite Church, 401 Church Street, Lancaster, PA, 17602, with Pastor Vincent Whitman, officiating. Kenneth will be laid to rest in Mellinger’s Mennonite Cemetery, Lancaster. There will be a viewing at the church on Saturday from 10 A.M. until time of service. In lieu of flowers, memorial contributions may be sent in Kay’s name to Crossroads Mennonite Church Youth Group.