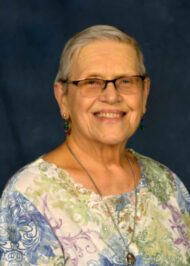 Judith (Connor) Weaver, 83, of Lancaster, went into the arms of angels September 6, 2022 after a short bout with pancreatic cancer. She was in at-home hospice, surrounded by her loving family. Born and raised in Lancaster, she was the daughter of the late D. Chester and Rosemary T. (Ulrich) Connor. She shared 60 years of marriage with Deacon Robert E. “Bob” Weaver, until his passing in July 2018.

As a devout Catholic, she dedicated her life to God, her family, and community. She attended Sacred Heart Grade School and graduated from Lancaster Catholic High School, class of 1956. A lifelong parishioner of Sacred Heart of Jesus Catholic Church, she attended daily mass and served in numerous volunteer positions over the years including helping in the school’s library, teaching Sunday School and serving as a Eucharistic Minister until January. After Bob’s passing, she continued to remain active with the Deacons in the Diocese of Harrisburg.

Judy will be remembered as a quintessential mother. She volunteered with the Boy Scouts of America for over 20 years and with the Girl Scouts of America, where she was an active member for over 75 years! Judy retired in December of 2003, as a preschool teacher from Wee Care Day School after more than 14 years. In recent years, she found joy singing with the Music For Everyone Lancaster Community Chorus.

Guests are invited to attend a viewing from 5PM to 7PM on Tuesday, September 13 at Sacred Heart of Jesus Catholic Church, 558 W. Walnut St., Lancaster, PA 17603. A Mass of Christian Burial will be celebrated at 11AM on Wednesday, September 14 at the church, with a viewing from 10AM to 10:45AM. Interment will follow at St. Joseph New Catholic Cemetery in Bausman. Memorial contributions in Judy’s name may be made to the Conestoga River Girl Scouts, 211 Skyline Dr., Willow Street, PA 17584, please include Judy’s name in the memo line. Contributions may also be made to Sacred Heart School.

I am so very sorry for your loss.  She was a wonderful person.

Judy loved her God and His people 🙏🙏
Dottie Lingenfelter

Judy was a wonderful spirit and she touched a lot of lives. I will always remember her laugh and her smile. She will be missed dearly. My sympathies to the family. Blaine P. Connor