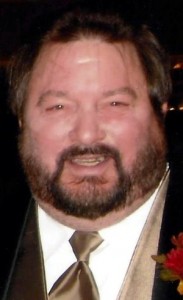 Joseph A. Gatchell, 59, of Lancaster, PA, passed away on Thursday, November 21, 2013 in Ronks, PA.
Born in Lancaster he was the son of the late Samuel H. Gatchell and the late Mary Joanne Gerz Sinopoli.
Joe had worked as a butcher for the former Jay’s Meat Market in Lancaster.
A true outdoorsman, Joe had a love for hunting and enjoyed fishing with his fishing companions: Gil, Mike and Donna.
He was of the Catholic faith.
He is survived by his companion Donna Smith and her children Nicole, Ally, and Amanda; his sons George and Shaun married to Mary Beth Gatchell and by his two grandsons Brady and Benjamin. He is also survived by his brother Samuel married to Glenda Gatchell, his sister Ellen Shutt and her other half Tom Hart, and by his stepbrothers George and David Sinopoli.
Friends will be received on Tuesday, November 26, 2013 from 9-10AM at the Charles F. Snyder Funeral Home & Crematory, 414 E. King St., Lancaster, PA , with the Christian Prayer Service to follow at 10AM, the Rev David Danneker officiating. In lieu of flowers, please make contributions in Joe’s memory to the Humane League of Lancaster County, 2195 Lincoln Hwy East, Lancaster, PA 17602.

Ellen, we are sorry to hear of brother, Joey’s passing. For yrs we were your backyard neighbors and our daughter, Deb, was in your H.S. class.  Our Sympathy & Prayers, The Herrold Family

We were so sorry to hear of Joe’s passing.  We had just seen him at Bernadine’s funeral and he was looking so good.  May you feel the peace and comfort of the Lord during these difficult times. He will be missed.

Although I havent seen Joe for over 40 years, I will never forget him. RIP Joe.
Fondly, Sharon Mahar Dyer