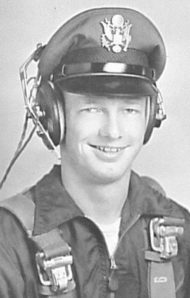 John L. Gantz, 90, formerly of Neffsville and Elizabethtown, died Tuesday, May 2, 2017 at Brethren Village. He was born in Elizabethtown to the late Elmer and Mae (Pyle) Gantz.

John served in the Army during WWII and the Air Force during the Korean War. He was a warehouseman at the New Cumberland Army Depot for 30 years, retiring in 1973, and then was a messenger for First Union Bank for 12 years. A member of Lancaster Bicycle Club, John enjoyed his favorite hobby of riding bicycle until age 85. John was a kind and gentle soul who cherished the company of his collies.

John will be lovingly missed by his sisters, Anna Keener (Clarence), Lancaster, and Joan Nauman, Wellsboro, and several nieces and nephews. He was preceded in death by his sister Kathryn Jane Dewar.

We would like to offer our condolences to John’s family. My husband and I covered many miles bicycling with John over the years. Lots of good times, laughs, adventures. He was encouraging, challenging and an inspiration. John enriched our lives, and as John would say that’s it!
Celeste Neuhard & John Peregoy

The best times I had riding bike was with John and his entourage.  Wind, rain & snow…..he was a trooper.  He was spunky, kind and a true inspiration to all of us.
Tim Good

Rode m
Biked many miles with John, he amazed me every time. Great guy, will me missed. He gave us a lot to strive for
Lou Gray