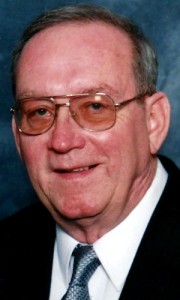 He was the husband of Maureen Buckley Ahern, with whom he shared 40 years of marriage. Born in Philadelphia, he was the son of the late John J. and Mary Toohey Ahern.

Jack had worked for the Dorma Door Co. of Reamstown for 10 years. Prior to this, he had worked at KD Tool for 10 years and Harley Davidson Inc in York for 5 years.
Jack was a member of St. Leo The Great Catholic Church.

A Hall of Fame member of the St. Leo’s Athletic Assn., he coached baseball, basketball, and soccer. A sports fan, he was a diehard Philadelphia Eagles fan. He loved to go to the Jersey shore. He was a great guy and will be fondly remembered by his 4 grandchildren.
He was a US Army veteran, stationed in Germany during the Vietnam War.

In addition to his wife, he is survived by his sons: Kevin married to Sue Ahern of Carrollton, TX and Christopher married to Kelli Ahern of Columbia; his 4 grandchildren Emily, Ben, Liam, and Brynn and by his beloved West Highland Terrier, Tara. He was preceded in death by his sister, Patricia Ahern.

Friends will be received on Saturday, February 1, 2014 from 12Noon- 1PM at St. Leo The Great Catholic Church, 2427 Marietta Ave, Lancaster, PA, 17601 with the Mass to follow at 1PM, the Rev. Peter Hahn as Celebrant. Interment will be private in Sts. Peter and Paul Cemetery in Springfield, PA. In lieu of flowers, please make contributions in Jack’s memory to the St. Leo’s Athletic Assn. at the above church address.

Thoughts and prayers to the family.
Marie Kosmela and family

We agree that Jack must have been a great guy, because we’ve met and admire his son Kevin.
Please accept our warm regards and deepest sympathies for the entire family

God bless his soul.  I remember John as a nice friend to work with.  He shared his work life with us here at Dorma, always good thoughts, many laughs, good days and bad.