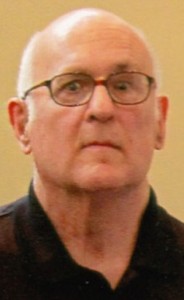 John J. Ramsbottom, 72, of Leola, passed away unexpectedly Sunday, November 24, 2013, at Lancaster General Hospital. Born in Philadelphia, he was the son of the late Thomas F. and Dorothy Reese Ramsbottom.

He graduated from Lancaster Catholic High School. John earned his bachelor’s degree in accounting from St. Joseph’s University in Philadelphia, where he was captain of the golf team. He worked as an accountant for American Sugar Company in Philadelphia. An avid golfer, he finished 2nd in the 1959 Lancaster County Open at Lancaster Country Club. A pro basketball and golf fan, he loved the 76ers. John was able to shoot over 90 successive foul shots. His favorite pastime was reading the newspaper. John was of the Catholic Faith.

John will be greatly missed by his family, especially his nieces, nephews and great nieces and nephews. They all looked forward to the special treats he gave them.

Tom, so sorry to hear about John. My condolences. I hope you are well. One of these times whenI’m in Lancaster we should get together. Happy Holidays. Best, Phil McCaskey

I had the pleasure of playing golf with john in the early years.his competive spirit was very evident.iam sure he will be missed by all of the family. ed kirchner

With John as our anchor, I spent four very happy years with John on the St. Joe’s golf team where John twice led the team to the Middle Atlantic Conference (MAC) title. Later I recall having a good time with John when he was working at American Sugar. I can recall the thrill John felt when he was next to Joe Namath at Broadway Joe’s NYC bar. A loyal son of St. Joe’s and Lancaster County. God rest him.