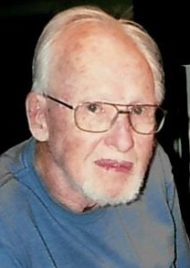 John Gale Reekie, 93, of Lancaster, PA passed away peacefully at his home after a short illness on July 8, 2020. Born in Altoona, PA, he was the son of the late John Reekie and Margaret Short. He graduated from Altoona High School in 1945. He served in the Navy in the Pacific Theatre from 1945 to 1946 and then was employed by the Pennsylvania Railroad.

He married Mary Jane Fechter in 1950. They would have celebrated their 70th anniversary October 20. He spent over 25 years of his career as a cable splicer for Bell Telephone. After retirement in 1984, he commenced working for Meridian Bank, as a courier.

Gale was a disciplined, principled, and congenial man who enjoyed home improvement and maintenance projects. He also enjoyed gardening, playing pinochle, bowling, and traveling with his wife. He and his wife were long time members of Saint Paul Lutheran Church, Millersville, PA.

After retirement, he and his wife volunteered delivering for Meals on Wheels in Millersville.

Graveside services will be held for family at the Rose Hill Cemetery in Altoona, PA, on Monday, July 13, 2020 at 1:30 PM. In lieu of flowers, contributions in Gale’s memory can be made to Caring Hospice, 101 Good Drive, Lancaster, 17603, or Millersville Area Meals On Wheels, 121 North George Street, Millersville, 17551.

Our deepest condolences to Linda, Tim and Michele. Your Dad was always welcoming when we came to visit and enjoyed the peanutbutter Longjohns we brought him:)Love, Linda, Jerry and Suter

Our sincere condolences to the whole family.  Gale was a very friendly person.  I always enjoyed talking to him.  I got to know Gale through Mary Jane, who I was friends with through work.  I received Michelle’s card.  Thank you for letting us know of Gale’s passing.  God Bless.
Anna and Peter Calcara

I am sorry for your loss.  My husband and I delivered Meals on Wheels to him on Fridays.  I didn’t know he went by Gale until recently, so I always called him John.  I knew his wife, as well, before she passed.  There was a story about him in the Meals on Wheels newsletter and how he used to deliver himself.  John always enjoyed some conversation when we stopped by.  Lately, he confessed it was getting harder and harder to do daily routines, and I thought he might move into a care home.  We miss him. 🙁
Eileen Hodgen