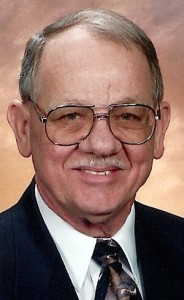 John C. Waltman, 76, of Lancaster, died on Wednesday, December 30, 2015, at Hospice & Community Care, Mt. Joy. John was the son of the late Clifford R. and Mary Elizabeth (Mowery) Waltman. He was the loving husband of Carol (Martin) Waltman, with whom he celebrated 27 years of marriage.
John was a 1957 graduate of Lancaster Catholic High School and earned his Bachelor of Science degree in accounting at Indiana University. He continued his education at California State University and graduated with a Master’s Degree in Business Administration.
John served in the US Airforce for 22 years in the Auditing Department of the Space & Missile Systems Organization. He retired as a Captain in 1979. Following his retirement from the military, he went to work with Bertz, Hess, and Co., Lancaster, as a CPA for 22 years. In 1990, John became a partner in the firm and in 2004 became a consultant for the company.
John belonged to the Sacred Heart of Jesus Catholic Church, Lancaster. He was a member of the Military Officers Association, belonged to the Knights of Columbus and was a 4th Degree Knight with the Philippine Assembly. John also volunteered with Lancaster Catholic High School Athletic Association.
John loved to garden and enjoyed spending time at the beach and picnicking with his family who he loved greatly.
In addition to his wife, John is survived by a son, James M. Waltman, husband of Betty, of Molesworth, England; daughter, Karen M. Miller, wife of Douglas, of Ocala, FL; step-sons: Brian P. and Scott T. Shaubach, both of Lancaster; a step-daughter: Paula Lynn Oatman, wife of Larry, Jr., of Willow Street; 3 grandchildren: Dylan, Kaitlyn, and Alixandra; and one great-granddaughter, Madison. He is also survived by five siblings: Martin E. Waltman, Roberta M. Leayman, wife of Bruce, Joanne M. Myers, Judith A. Waltman, wife of Thomas Cunrod, and Carole A. Wittmer.
A Memorial Mass for John will be held at 10AM, January 6, 2016, at Sacred Heart of Jesus Catholic Church, 558 W Walnut St, Lancaster, PA 17603, with Msgr. Richard Youtz, as Celebrant. Family and friends will be received at the church one hour prior to the service. Interment with military honors will follow at Indiantown Gap National Cemetery. In lieu of flowers, the family requests that contributions be made in John’s memory to the Lancaster Catholic High School Athletic Association, 650 Juliette Avenue, Lancaster, PA 17601 or Hospice & Community Care, PO Box 4125 Lancaster, PA 17604-4125.

MY DEEPEST CONDOLENCES TO ALL OF YOU.
SO GLAD I had the opportunity to see John at the reunion.
My thoughts and prayers are with you all.
Rita (Mowery) Keiser

Dear Waltmann family, please accept my sincere sympathy.  May you look forward to the time when the Bible says that “(God) will wipe out every tear from their eyes, and death will be no more, neither will morning nor outcry nor pain be anymore.  The former things have passed away” (Revelation 21:4).  I hope that this promise and loving memories bring you comfort.

My deepest condolences to John’s family,
I am sorry to hear of John’s passing away.
He was a great help to my father (and me) in my father’s business.
i will always remember him fondly for speaking at my father’s memorial service. (Ed Birchall)
i had great respect for him.
Karen L. Rohrer

John.
You were a good man and I greatly admired you.
Thoughts and prayers to all family members.
I will always take good care of your daughter.
Love to all, your son in law.
Doug Miller