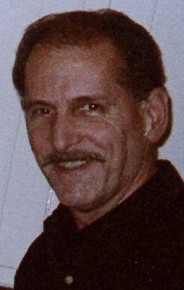 Jerry L. Young, of Manheim, the beloved husband of Melissa C. Young, peacefully entered into rest on December 12, 2007. He had been ill for 14 months.

Jerry and Melissa celebrated their 34th wedding anniversary on November 17, 2007.

Born in Manheim, he was the son of Dora G. Shenk Young Shelley of Manheim, and the late Chester Leroy Young.

The Youngs had attended several different churches in the area.

Jerry was employed at Yellow Freight for 25 years and had retired on October 1, 2006.

Surviving, in addition to his wife and mother, are one brother, Ronald L. Young of Manheim, and a son from a previous marriage, Jeff Young.

Friends and relatives are respectfully invited to attend a Memorial Service on Tuesday, December 18th at 7PM at Zion Evangelical Lutheran Church, 85 Brandt Blvd., Landisville, PA., with friends being received after the memorial service.