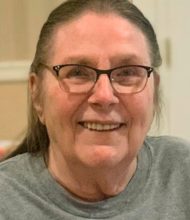 She was the wife of the late John F. Bahurka, who passed away in 2011. Born in Jefferson Twp., PA, she was the daughter of the late Louis and Rose Stefanik Giuliani.

Janet had worked for ACME Supermarkets in the Bucks County area for 34 years.

She was a member of St. Philip The Apostle Catholic Church.

Janet was a football fan but loved the Pittsburgh Steelers. She enjoyed watching Law And Order on TV, and having a sweet tooth, enjoyed anything chocolate. Her grandchildren were the love of her life and she enjoyed attending their ballgames.

She is survived by her children: John D. Bahurka of Boulder City, NV, Rose M. Bahurka of Intercourse, and Lori A. married to Clifford J. Blantz of Strasburg; her beloved grandchildren: Connor Blantz, Jacob Bahurka and Chloe Blantz; and by her sisters, Rita Hellier of Harrisburg and Anita McWaters of Lakewood, CO. She was preceded in death by her brother, Robert Giuliani.

There will be a visitation on Monday, August 3, 2020 at St. Philip The Apostle Catholic Church, 2111 Millersville Pike, Lancaster from 10-11AM, with the Mass of Christian Burial to follow at 11AM. Interment will follow in St. Joseph New Catholic Cemetery. Masks will be required for entrance into the church and social distancing and seating will be observed. In lieu of flowers, please make a contribution in Janet’s memory to the Parkinson’s Foundation, 200 SE 1st St., Suite 800, Miami, FL 33131.

A live stream of the Mass will appear on the Janet’s obituary page at SnyderFuneralHome.com shortly before the start on Monday at 11AM. Please refresh your page as 11AM approaches.

Love to everyone!  You all are in our hearts and prayers today!  RIP Aunt Janet!
Suzanne

My sympathies to The Blantz’ and the rest of Janet’s family. She had a great smile and enthusiasm for life.
Laura Walker

Lori and Cliff:  our thoughts are with you and your family.
Neil and Julie Chippendale.
Schroon Lake, NY