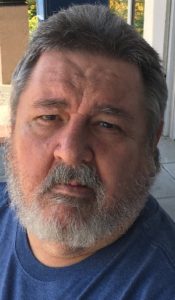 On December 9, 2017, James W. Ganoe II, 74, passed away after a brief illness at UPMC Pinnacle.
Born in Harrisburg, he was the son of the late, Lee Edward Ganoe and M. Irene McAfee.
He was a proud member of the United States Navy, serving a term on U.S.S. Intrepid. When he wasn’t working for AMP INC., James enjoyed making leather goods, collecting coins, and was an avid car enthusiast.
Though he had many hobbies, he was most passionate about his family. He deeply loved his wife of 48 years, Carol, who died in 2015.
He is survived by his loving children, Deb Martin (Cameron) and James Ganoe III (Christy), four dear grandchildren; one great-grandchild; and siblings, Lee Ganoe and Linda Repa.
Services will be held on January 13th, 2018 at 11AM at Life Point Church located at 7733 Hillcrest Ave, Harrisburg, PA 17112. Burial will take place at a later date at Indiantown Gap National Cemetery, where he will receive Navy Honors.