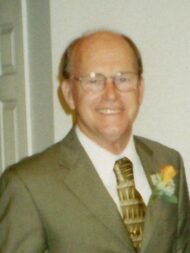 James S. Miller, Sr., 83, of Lancaster, passed away at ManorCare, Lancaster on Thursday, December 16, 2021. Born and raised in Gordonville, he was the son of the late John N. and Mabel D. (Fisher) Miller.

Jim attended Paradise High School, where he excelled in baseball as a pitcher. He also pitched fastball softball for many teams in Gordonville, the Lancaster City Police and Ephrata Rec.

He was married to Bette A. (Spence) Miller, and co-owned Bette’s Upholstery with her for 41 years, until her death in 2001. He later married Shirley A. (Oster) Miller, who died in 2015.

Jim previously worked at Shreiner’s Greenhouse in Gordonville, Hodecker’s Celery Farm for 2 years, Singing Needles (now Carters) as a shipping clerk for 5 years, and Roots Furniture in Hinkletown as a warehouse manager for 7 years.

He enjoyed gardening, birding, and rooting for the Phillies and Eagles. Jim’s grandchildren and great-grandchildren meant the world to him, and he enjoyed spending time with family.

In addition to his wives Bette and Shirley, and his parents, Jim was preceded in death by his brothers, John N. Miller, Jr., and Charles L. Miller, and his grandson Jason Miller.

So sorry for your loss. Dad Jim was a wonderful  man. Always made us laugh with his jokes and stories on our famous game night at the Miller house. He will be truly missed. Mike, Sherri and Rocky Kauffman

My sincere sympathy on the passing of your Dad. Lee Martin