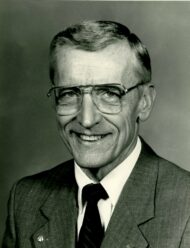 James (Jim) Leo Roche was born on July 1, 1932 in Hastings, PA to the late Julia (Benjella) Roche and James Roche. The second eldest of eight children, lacking a reliable father to support his family, Jim took on increasingly difficult jobs to earn money and assist his mother throughout her life. An independent mind and diligent student, Jim self-funded his education and training from an early age, eventually graduating from Dayton University Magna Cum Laude that led to his eventual employment with the Burnham Corporation, where he stayed for 43 years until his retirement. On May 28, 1960, Jim married Sally Ann McIntyre, with whom he helped raise 6 children.

Jim had a passion for many things throughout his life, including running, gardening, and ensuring the security and well-being of his family. While late to running, over the course of 20 years, Jim accomplished many feats, including the creation of the North Brook Striders running club, the completion of nearly 100 marathons / ultra-marathons well as running an incalculable amount of local races around the roads of Lancaster County and beyond. Jim was known by many for his friendly demeanor, dedication to his wife and family, and his limitless supply of quick-witted stories. Following his retirement from Burnham in 2000, Jim traveled the world with his wife Sally, visiting both distant shores as well as the homes of their numerous children and grandchildren from Lancaster to Nashville to Oklahoma.

A Viewing will be held at the Spacht-Snyder Family Funeral Home, 127 S. Broad St. Lititz, PA, from 5-7 PM on Friday, June 17th. A Mass of Christian Burial will be held on Saturday, June 18th at 10 AM at St. John Neumann Catholic Church, 601 E. Delp Rd. Lancaster, PA 17601, where Jim was a member for over 40 years. A viewing will be held at the church from 9 AM until the time of Mass. An interment ceremony will be held with family at a later date. In lieu of flowers, the family asks that donations be made in Jim’s name to the Alzheimer’s Association, 225 N. Michigan Ave., Fl. 17, Chicago, IL 60601 or the St. John Neumann Catholic Church at the address above.

So sorry for your loss, Roche family. You will all be in our thoughts and prayers following the death of Jim. We will miss caring for him. Sincerely, 500 unit team members at Pleasant View Communities.

We remember the many sweet stories we heard from Matt, Mary, Ashley, Abby, and Matthew about their Lancaster visits and holidays.  One special memory we have is when Mary’s dad came to our house to check out our aging furnace and give us advice.  It was a blessing to watch him love and serve others so well.
Doug and Andrea Hockenbrocht