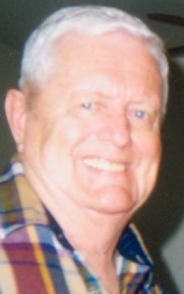 Born in Millersville, he was the son of the late Daniel C. and Mary Drenning Rettew. James was the husband of Jewel Rose Rettew, who died August 2004.

Mr. Rettew was an auto inspector for the Department of General Services for the State of Pennsylvania and retired in1989. He served in the  Army during World War II and the Korean Conflict and was a decorated war veteran.  He was Past Commander of VFW in Millersville and VFW 9th District and American Legion Post 34.  He was a mason with Lodge  496 of Millersville.

Surviving is a son, Thomas, husband of Rebecca Rettew of Lancaster and  two grandsons. He was preceded in death by a son, Douglas Rettew, two sisters and one brother.

Services will be held at the Charles F. Snyder Funeral Home, 441 N. George Street, Millersville, PA, on Thursday at 1:00 p.m. Interment in Millersville Mennonite Cemetery, Millersville, PA. Friends may call at the funeral home on Thursday from 12:00 to 1:00 p.m. Please omit flowers. Contributions may be made in James’ memory to Hospice of Lancaster County, P.O. Box 4125, Lancaster, PA 17604.