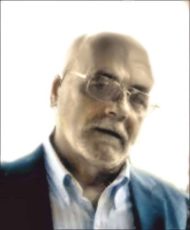 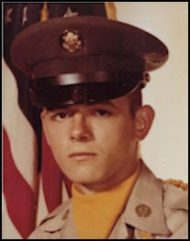 Jack U. Reincke, Jr., age 71, of Willow Street, passed away at home Sunday, April 14, 2019. He had been undergoing treatment for small cell lung cancer since March of 2018.
Born in Lancaster, he was the son of the late Jack U., Sr. and Nancy Reincke. He is survived by his wife of 39 years, Arla Stewart Reincke. He is also survived by siblings Daisy Erline, Katherine (Richard) Zink, Jacqueline (Richard) Ross, and George (Lathesia) Reincke, and many nieces and nephews. He was preceded in death by siblings Nancy Stanley and Kenneth Reincke.

Jack attended Lancaster Catholic High School, leaving in 1966 to enlist in the U. S. Army. He received a diploma from LCHS upon his return in 1969. He served two tours in Vietnam,as an SP5 E5 in the 56th Artillery ADA 1967-68, and in the 9th Infantry Division in 1969. He was awarded the Nat’l. Defense Svc. Medal, Vietnam Svc. Medal with 6 Battle Stars, Vietnam Campaign Medal, Vietnam Gallantry Cross with Palm, and Vietnam Civil Actions Medal with Oakleaf.

Jack retired from Armstrong World Industries in 2006 after 33 years of service. He enjoyed attending Lancaster Catholic High School sporting events, especially football and girls’ and boys’ basketball. He also enjoyed traveling with his wife to Jamaica, Hawaii, and various cities in the U. S. and Canada with the Hershey Bears Booster Club.

Thank you to the Green Team at Ann B. Barshinger Cancer Institute and Hospice & Community Care.

There will be no viewing. A graveside service with Red Rose Veterans Honor Guard and Veterans 21 Salute Honor Guard will be held at 1:30 PM on Tuesday, April 23, 2019 at St. Joseph New Catholic Cemetery, 170 Charles Road, Lancaster.

My condolesces to Mrs Reincke and the family of Jack.  My thoughts and prayers are with you during this difficult time.  We enjoyed having Jack & Arla at our home sporting events – especially girls and boys basketball and football.  He was truly a fantastic supporter of our young men and women and his support as a fan was noticed by many. His service to our country is also greatly appreciated.
Richard Hinnenkamp
Athletic Director
Lancaster Catholic HS