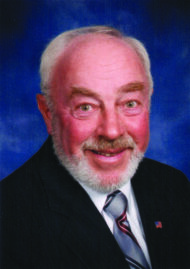 Henry E. Herr, 76, of West Lampeter Township, passed away on Friday, October 29, 2021.
Henry was the son of the late Harry G. and Kathryn Eby Herr.
He had worked for Andrews Excavating for 30 years, operating heavy machinery.
Henry was a regular attendee of Calvary Church.
He enjoyed hunting, reading daily, being on the road as much possible, anything to do with cars and motorcycles, and caring for his property. However, his most important treasure was his family.
Henry is survived by his son, Daniel married to Stephanie Herr of Lancaster, his 3 granddaughters Tayden, Alexis, and Brynn, and by his brother, Donald Herr of West Lampeter Twp. He is also survived by his nephews, Eric married to Melissa Herr and Jason married to Jennifer Herr, and his niece, Angie married to Wade Stanley.
Friends will be received by Henry’s family Saturday, November 6, 2021 from 10-11AM at Calvary Church, 1051 Landis Valley Rd., Lancaster, PA 17601, with the Funeral Service to follow at 11AM. Please park at the church’s East Entrance. Interment will be private in Willow Street Mennonite Cemetery. In lieu of flowers, please make contributions in his memory to Calvary Church at the above address

Sorry to hear Henry passed away. He was in my class at LS. I have lots of great memories! Henry always liked our 63 Ford convertible! He will be greatly missed. With sympathy, Barry and Sara Miller Bigler

I am so very sorry to hear this. I have known Henry since 2003 when I sold him his first of several vehicles that he purchased from my dealership. He would regularly stop in to see me so that we could catch each other up on our respective family’s life updates. I thoroughly enjoyed every opportunity to chat with him. No matter how serious or light-hearted the conversations were at times, Henry was always good to leave the conversation with “one last joke” before he hit the road. Henry was a great friend, a great man, and a god-fearing Patriot who loved his family and country with all that was within him. He beamed with pride whenever her spoke about the “pride and joy of his life” which was his family. It was clearly evident that he was incredibly proud of the man and father that his son, Dan has become – and he loved his daughter-in-law and granddaughters every bit as much. He has surely left behind an amazing legacy of love to his family and he will be greatly missed by all who were blessed enough to know him. I am praying for comfort and peace for all who are affected by Henry’s passing. God Speed, Henry. RIP. Until we see you again, my friend.

So sorry to hear that Henry has passed. Henry & I had many a good time growing up together and going to school together. Henry always had a good comment and a good laught when we were together. He also gave me my nick name of “Red Dog”. Henry will be missed.
Don Pryer, The Villages, Florida