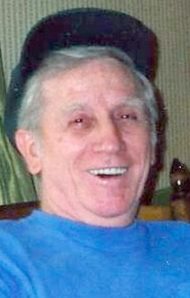 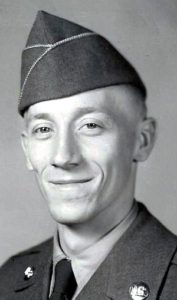 Harold “Jake” C. Ressel, 87, of Lancaster, passed away on Sunday, February 19, 2017 after a lengthy stay at Manor Care of Lancaster.
He was the husband of the late Elsa Gremm Ressel, who passed away in 1996. Born in Lancaster, he was the son of the late John S. and Minnie Schmook Ressel.
Jake had been a concrete finisher, first working for Frank’s Paving of Lancaster and then opening his own business for 37 years, Harold C. Ressel Concrete Finishing.
A US Army veteran, he served as a Sgt during the Korean War, being stationed in Germany .
Jake was a member of VFW Post 1690 of Lancaster, loved to hunt and fish in Potter County, enjoyed carpentry, and was a great cook, known for his peanut butter eggs and candy.
He is survived by his nieces and nephews, his sister, Anna Mary Hoenwalter of Lancaster, and his brother, Paul F. Ressel, Sr. of Philadelphia. He was preceded in death by his siblings: John, Earl, Bob, William, Richard, Olive, Ruth, and Irene.
Friends will be received on Friday, February 24, 2017 from 1:30-2:30PM at the Charles F. Snyder Funeral Home & Crematory, 414 E. King St., Lancaster, PA, with the Funeral Service to follow at 2:30PM. Interment with military honors will follow in Riverview Burial Park. In lieu of flowers, please make contributions in Jake’s memory to VFW Post 1690, 343 New Dorwart St., Lancaster, PA 17603.

So sorry to hear of your loss of Jake. I always enjoyed his cheerful and loving personality and can remember him trying to teach me to drive. His peanut butter eggs were always a hit and I think I may have found his recipe recently in Mom’s recipe box as we have been going through her things since she passed in November…and we have been looking at pictures of family too, which made me think of aunts and uncles in the Ressel family.
My condolences to all who knew and loved him. Rosemary (Ressel)Brubaker

Thoughts and prayers are with the family in this tough time. I can still see Uncle Jake out in the garage and calling the dog behind him. I loved his peanut butter eggs and have recently enjoyed making my own that I would have to compare to his everytime I eat one! He was a very special man that would come and pick me up at school whenever I was sick or needed a babysitter. He loved Aunt Elsa unconditionally and loved his family. I loved when he would tell his stories about the Army, and still remember him laying concrete. Again, thoughts and prayers are with the family!