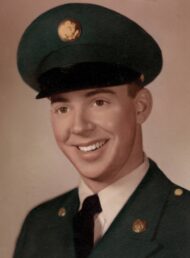 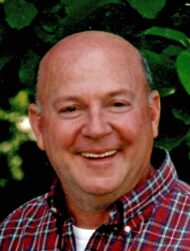 H. Robert “Bob” Linton, 85, of Lancaster, passed away on Wednesday, September 21, 2022, at Penn Medicine Lancaster General Hospital. Born in Lancaster, PA, he was the son of the late Horace and Wilhelmina (Heim) Linton. Bob served in the Army Reserves for six years from 1959 until 1965. His wife of 62 years, Judith E. (Potts) Linton, preceded him in death on May 31, 2020.

Bob grew up in Eden, met and married Judith E. (Potts) Linton, worked at Trojan Boat, and started his own business, Linton’s Refinishing which is currently operating as H. R. Linton & Son in Ephrata. He and Judy moved to Manor Township, where he built a home for his family and raised his children. His woodworking craftsmanship touched many lives as he transformed old, treasured family heirlooms into beautiful furniture. Bob was a member of Westminster Presbyterian Church in Lancaster, PA, where he enjoyed singing in the Matins Choir. His handcrafted tables are presently used in the choir loft. He also enjoyed engine shows throughout the area where he displayed his collection of engines. He was a member of the Hay Creek Valley Association and Rough and Tumble Engineers Historical Association. He was a self-taught engineer and could troubleshoot just about any issue that arose around the house or with vehicles. He had a love of all old things and could explain the history of a piece and spin a story of his childhood with colorful characters. He was a loyal husband and enjoyed family times with his children and grandchildren.

A funeral service will be held at 11 AM on Friday, September 30, 2022, at Westminster Presbyterian Church, 2151 Oregon Pike, Lancaster, PA, 17601. Family and friends will be received form 9:30 AM until the time of service. Interment will be private at Laurel Hill Cemetery.