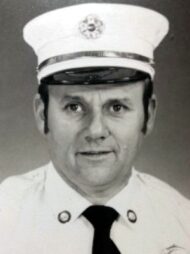 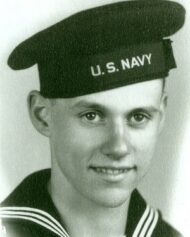 Glenn was active in Boy Scouts achieving the rank of Life Scout. He began volunteering with the Willow Street Fire Company at the age of 15. He attended West Lampeter High School and enlisted in the United States Navy in 1945 proudly serving on multiple fleet hospital ships throughout World War II until he returned stateside in 1947. Upon his return, he jumped back into volunteering with the fire department. He rose through the ranks serving as Captain, Second Assistant Chief, Fire Assistant Chief, and finally Fire Chief from 1971-1980; his 70 years of service included 20 years on the Board of Directors and 2 years as
President of the Willow Street Fire Company.

He was a life-long member of the Willow Street United Church of Christ, serving as a Deacon on the Consistory and member of the Pastoral Search Committee. He worked for Armstrong Linoleum Company and Lancaster Coca-Cola before purchasing Mellott’s Service Station after his parents passed.
In 1963 he and his two brothers founded Mellott Brothers Trailer Sales where he was self-employed as President/Owner for more than 55 years. While employed, he was appointed by both Governors Thornberg and Casey to the Department of State Vehicle Licensing Board, where his affiliation spanned more than a decade.

Glenn was also a Freemason with memberships in the Washington Masonic Lodge #156 Quarryville, Lodge of Perfection, Lancaster County Shrine Club, Ancient Accepted Scottish Rite in the Valley of Lancaster, and Shrine Zembo Temple. He received an honorary membership to the Red Rose Lodge No. 16 Fraternal Order of Police.

He was a founding member of the Lone Pine Hunting Club in Potter County. Glenn found enjoyment in weekends at his mountain cabin, traveling to other countries, discovering the U.S. while camping, deer hunting, and following Penn State and Philadelphia sports teams.

In 1949, he married Ethel (Emmerich) with whom he celebrated 72 years of marriage in July 2021. Glenn is survived by his wife Ethel; children Blair (Willow Street) and Michele (wife of Jonathan Luciano, Conestoga); two grandsons, Evan (husband of Pamela Koser, East Petersburg) and Zachary (Conestoga); and two great grandchildren, Annabelle and Charlotte Mellott.

A Graveside Service will be held at 11AM on Friday, November 26, 2021 at the Willow Street UCC Cemetery, Peach Bottom Rd, Willow Street, PA. In lieu of flowers, donations in Glenn’s memory may be made to the Willow Street Fire Company or the Shriners Hospital for Children.

Hi Aunt Ethel:
So sorry to hear about Uncle Glenn. I remember many fun times at the businesses and family get togethers.
We live in the Villages Florida and Treavor recently moved close to us. Please say hi to Blair for me.