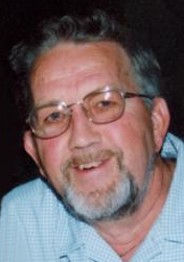 Gayle H. Young, 69, of Lancaster, entered into rest on Wednesday at Lancaster General Hospital after a lengthy and courageous battle with cancer.

He was the loving husband of Alice J. Hodgen Young. They would have celebrated their 50th wedding anniversary next February.

Born in in Manheim, he was the son of the late Phares and Anna (Heagy) Young.

He is also survived by: a son, Steve, companion of Lois Caldwell of Lancaster; a daughter Shari, wife of Steven P. Lauver of Mt. Joy, and by 6 grandchildren: Keri, wife of Jonathan Truxillo of Louisiana, and Josh, Doug, Jordan, Lauren, and Greg, all of Lancaster. He is also survived by 2 brothers: Lester of Lititz, and Wally of Lancaster, and many nieces and nephews. He was preceded in death by 2 brothers, Arthur and Vernon Young.

Gayle was retired from Yellow Freight, and had worked part-time at That Fish Place.

He was a member of St. Leo The Great Catholic Church, enjoyed volunteering at Lancaster Regional Medical Center and St. Anne’s Home, and was a member of Knights of Columbus Council 867. He enjoyed spending time with his grandchildren, fishing and woodworking. He was also an avid NY Yankees fan.

Gayle served in the US Army Reserves.