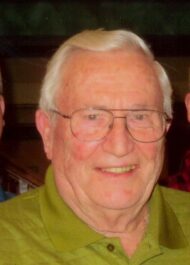 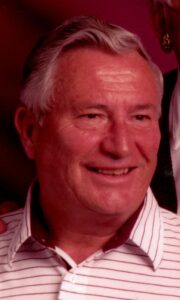 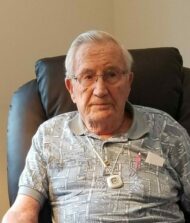 Francis R. Kosalek, 90, of Ephrata, PA, passed away peacefully on June 5, 2022. He was predeceased by his wife, Dawn (Titus) Kosalek, his parents, Rudolph and Marian (Hayes) Kosalek, of Warren Center, PA, a brother Richard Kosalek, of Syracuse, a son, Douglas Kosalek, of Lititz, PA, and grandsons, Michael and Matthew Kosalek of Binghamton.

Surviving him are his daughter, Ruth (Kosalek) Neville and husband Timothy, of Ephrata, PA, Michael Kosalek of Binghamton, NY, sons and wives, James & Elaine (Ruby) Kosalek of York, PA, and David & Jill (Frederick) Kosalek of Coopersburg, PA. He is also survived by 7 grandchildren and 14 great grandchildren, and numerous nieces, nephews and cousins.

Francis served in the U.S. Marine Corp, and completed campaigns in Korea; after which he completed college and worked for IBM for 30 years, as a Chemical Engineer, in Endicott, NY, until retirement. He and his wife and five children lived in Binghamton, NY, and later moved to a working farm in Warren Center, PA. After total retirement, Francis and his wife relocated to Florida, where they enjoyed travel. Fran and Dawn also collected family genealogy from both sides of the family until Dawn’s untimely death. He then moved to Vestal and then to New Holland and Ephrata, PA, to be near his daughter, Ruth.

Francis enjoyed gardening, farming, reading and hunting. Francis was a member of Our Lady of Lourdes Catholic Church in New Holland, PA. He was also a member of the American Legion and The Veterans of Foreign War Posts in Endicott, Binghamton and Florida.

Interment services will be held privately at the convenience of the family in the St. Thomas Cemetery in Little Meadows, PA.

Kindly omit flowers in preference to a donation to your favorite charity.

I have so many wonderful memories of Uncle Fran!  Times at Gilbert Lake with all the cousins, times at the farm in Warren Center with everyone sitting at the kitchen table, Uncle Fran asking if we would like a “libation”.  Uncle Fran and Vern tossing chemical equations back and forth. When I think back of those times I realize how lucky we were to have a family that were together through good times and not so good times.  To my sweet cousins you are in my thoughts and prayers as the last one of our parents is being laid to rest. I hold you and my memories all close in my heart.  Pam Stimak

MY CONDOLENCES AND PRAYERS TO THE FAMILY OF A BROTHER MARINE.   MAY HE REST IN PEACE GUARDING THE GATES OF HEAVEN   SEMPER FI    CPL. KARL F. SCHUBERT    62-68