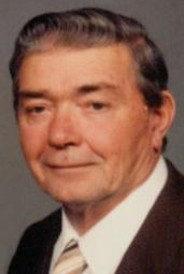 Born in Ashland and raised in Big Mine Run, Gene was the son of the late Anthony and Mary Kane Gallagher. He was the loving husband of Mary DiZio Gallagher. They celebrated 57 years of marriage on April 29th.

Mr. Gallagher was a millwright for Armstrong World Industries for 30 years. After high school, Gene enlisted in the Army Air Corps. during WWII and was stationed in Guam and Saipan. He was a devoted member of St. Anthony of Padua Catholic Church for 53 years, serving on the bereavement committee, as an usher, and as a member of the Senior Group. He was a member of the Knights of Columbus Council 867, Past Grand Commander of Alhambra Mecca 88, American Legion Post 34, AMVETS Post 19, IAMAW Local 928, and the Commercial Travelers Association (TPA).

Surviving in addition to his wife are seven children, Eugene Jr., of Lancaster, Michael husband of Jean, of Mountville, John and James, both of Lancaster, Anthony, husband of Sharon, of Lake Wales, FL, Thomas husband of Wendy, of Elizabethtown, and Mary Anne wife of Duane Hevener, of Mount Joy; 14 grandchildren, 10 great grandchildren; and a brother, James of Ebensburg, PA. Gene was preceded in death by 3 brothers and 2 sisters.

Mass of Christian Burial will be held at St. Anthony of Padua Catholic Church, 501 E. Orange St., Lancaster, on Thursday, June 14, 2007 at 11AM. Interment in St. Anthony Catholic Cemetery. Friends will be received at the Charles F. Snyder Funeral Home, 414 E. King St., Lancaster on Wednesday June 13, 2007 from 7-9PM and again on Thursday from 9:30-10:30AM at the funeral home. A rosary will be recited on Wednesday evening at 8:30 PM. In lieu of flowers, memorial contributions may be made in his memory to St. Anthony Catholic Church or the American Diabetes Association, 3544 N. Progress Ave., Suite 202, Harrisburg, PA 17110.