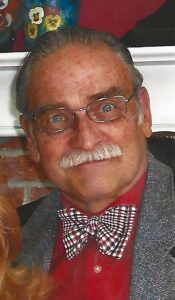 Eric P. Brandsema, 78, of Willow Street, passed away at Lancaster General Hospital on Monday, August 1, 2022, surrounded by his loving family. He was born at the Chelsea Naval Hospital in Chelsea, MA, son of the late Mildred (Ford) Brandsema. Eric was the husband of Dawn (Gelo) Brandsema.

Eric studied Marine Biology at the University of Miami in FL. During his junior year he joined the United States Navy where he served on the USS Charles H. Roan (DD – 853) recovering shuttle capsules for NASA shuttle training missions.

He was a member of a Boston diving club with French Oceanographer Jacques Cousteau & American Author and Historian Edward Rowe Snow.

Eric & Dawn moved their family from Carver, Massachusetts to Willow Street, Pennsylvania in 1986 where they attended Faith Calvary Church in Lancaster. In more recent years they attended Millersville Bible Church with their daughters & families.

Eric worked in many different industries before his retirement including working for Harvard medical school in Boston after college, manager of the Red Caboose Motel, owner of the Depot Doll Shoppe for 10+ years, and manager of several stores at Rockvale Outlets.

He loved books, classical music, documentaries, The Gathers Gospel concerts and building his extensive model train layout. He always had a great story to tell. Whether it was one he’d told a hundred times or something about him we never knew, it was always fascinating. Eric was a true Bostonian at heart. From his “Pats” hats right down to his “Red Sox,” he never missed a game!

Eric loved to travel, having visited almost every state on the eastern half of the United States. But his most favorite destination was always Myrtle Beach, South Carolina.

Eric was a devoted Son, Husband, Brother, Father and Grandfather. His unexpected passing has been heartbreaking for all.

Eric’s final wishes are to have his ashes spread on the beach at Pawleys Island in South Carolina. A memorial service will be held in the coming weeks.

Eric was such a hardworking, knowledgeable person I have ever met. I worked with Eric for over a decade at Rockvale Square. He quickly became one of my favorite coworkers!
His stories of everything he had done in his life were amazing to listen to. In the ten plus years that we worked together, I loved listening to him talk about his family, his grandkids and how much he loved them! I know that he was a man of great faith, and I hope he is now continuing to tell his stories!
My prayers go out to Dawn, Bethany, and all his family. Know that Eric was one of those special people that once you meet you will never forget.
Prayers to you all,
Melissa Bennett

I worked with Eric for a handful of years at Rockvale Square. Very dedicated and passionate.  It was my pleasure to have worked with and to have known you.  You always had incredible stories and tales to tell. Sending thoughts and prayers to the family.

Praying for all of you during this time of great loss.

My brother, Eric, was a gifted storyteller, lover of history and heroic adventurers.  His imagination and creativity were a part of his nature along with a constant thirst for knowledge.  May his spirit live on through his wife, children and grandchildren!  Godspeed❣️